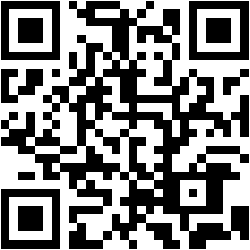 A QR -- or Quick Response -- code is a two-dimensional barcode that is readable by dedicated QR code reader applications.  QR codes are used to transmit text-based information such as web links, citations, or descriptions.

If you have a QR code app in your smart phone, the app will use your phone's camera function to scan the barcode, then decode it.

How do I use the QR Codes in the Library Catalog?

Oviatt Library Catalog record displays will have a QR code located in the right hand column of the page under the heading Get Book Info via QR Code.  To scan the code, open your QR code application and hold your device's camera in front of the QR code.  Keep your device's camera steady and centered on the QR code -- your device will automatically lock on the QR code and scan in the code.  Information contained in the Oviatt Library Catalog's QR Codes includes: Title, Location, Call Number, and Status.  In most cases you can store this information on your device for later reference, send as e-mail, or share through social networks.

How Do I Get a QR Code Reader?

On some newer models of Android, Nokia, and Blackberry devices a QR code application comes pre-installed.  However, on most devices you will need to get a QR code app from your device's provider (Apple App Store, Android Market, Blackberry App World, etc.)  The majority of QR code apps are free to download and use.