Some Peek in the Stacks blog posts are authored by CSUN students who work in Special Collections and Archives. This week's post was written by Katherine Sirca, an undergraduate student majoring in Business Law and Real Estate. 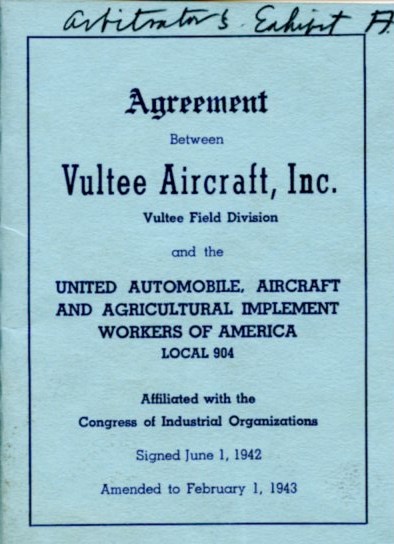 Legal court proceedings are notorious for taking months, and sometimes years, to finalize. For the sake of time and simplicity, many employers stipulate in their employment contracts that they will use an alternative: arbitration. Arbitration is a method of dispute resolution in which two parties elect a neutral third party to settle the issue. It can be used to resolve many types of disputes, but this method is especially known for its use in resolving employment issues. While modern "mandated" arbitration is said to favor the employer, arbitration has in the past led to many victories for workers. Historically, unions have used these hearings to defend workers and negotiate better terms for them. The Southern California Arbitration Case Files Collection showcases proceedings from the 1930s and 1940s that brought big victories for workers.

One such hearing from 1946 involved Walt Disney Productions and some of their workers. Disney was facing financial hardship at the time that led them to lay off many workers indefinitely, including several of their cameramen. While these cameramen were offered their jobs back within a few months, many turned them down because they had already found other work. Disney refused to give these former employees the dismissal pay they were owed in their employment contracts, leading the International Photographers of the Motion Picture Industries Union to initiate arbitration proceedings on their behalf. This collection contains the official documents from this hearing, and shows the arguments presented by both sides. While Disney put up a good fight, the Union was able to effectively prove that the company was in violation of their own employment agreement. The arbitrator ultimately granted the photographers their dismissal pay, stating that their refusal to be rehired did not waive their right to be paid upon dismissal.

Another victory for unions is seen in the 1943 hearing between the Vultee Aircraft Company and the United Automobile Aircraft and Agricultural Implement Workers of America.  The union entered arbitration in an attempt to add clauses to their contract with Vultee, giving them more power over the Vultee workers. In protest, the company argued that their appointed arbitrator did not possess the power to modify their contract. The arbitrator disagreed on the technicality that while he cannot change the present contract, nothing stops him from adding to it. The original contract agreement, as well as other material from the hearing, can be found in the Southern California Arbitration Case Files Collection.

While more streamlined than the court system, arbitration proceedings are not always simple. In 1937, a dispute over wages at the Pacific Electric Railway Company created hundreds of pages of documents. Pacific Electric and the workers union each produced a large “exhibit” of material to prove their arguments, with the railway company claiming a "financial inability to pay." This collection contains the countless photographs, payroll documents, pamphlets and more that were presented as evidence during the hearings, some of which are shown below.