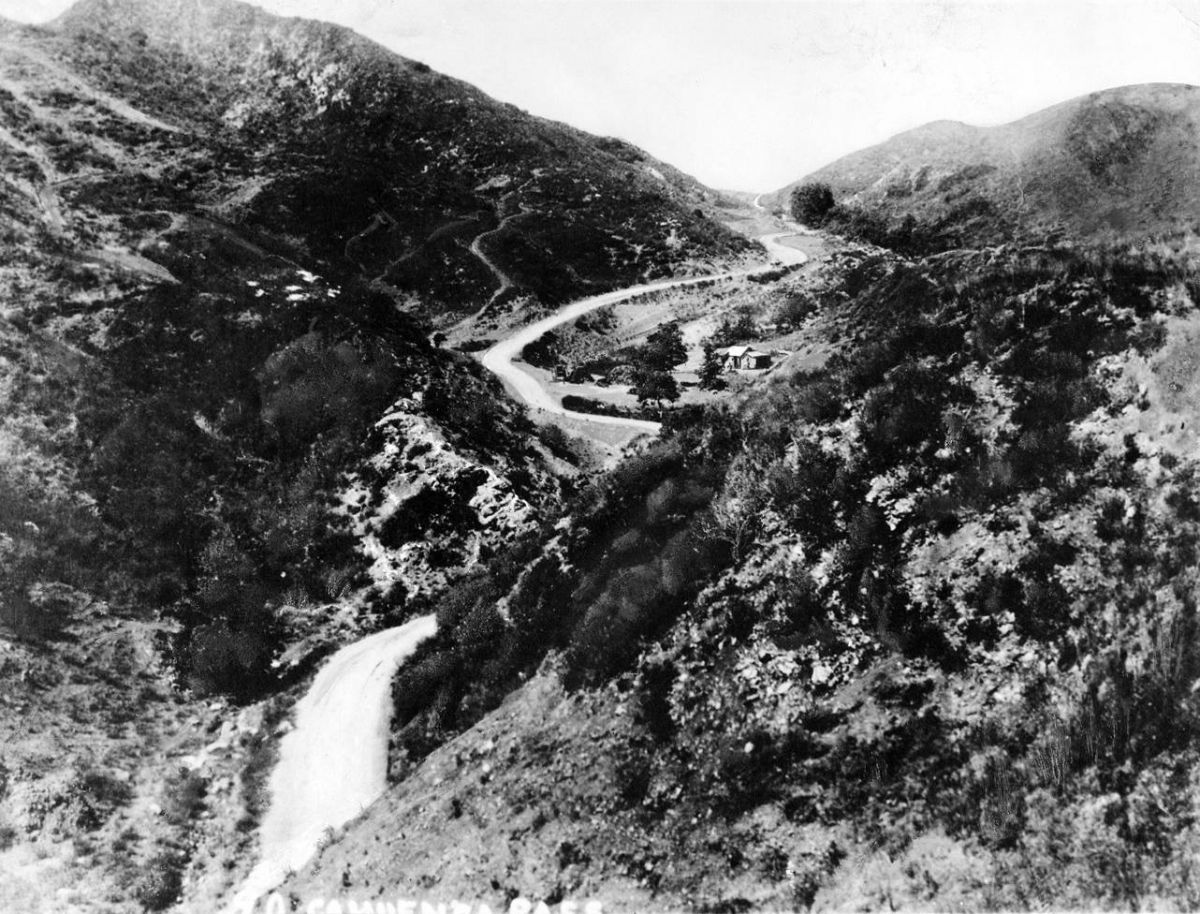 Located at the northern mouth of Cahuenga Pass in Universal City, Campo de Cahuenga was an adobe ranch house where General Andres Pico, representing Mexican military forces, and Lieutenant Colonel John C. Fremont, representing the United States military, signed the Treaty of Cahuenga on January 13, 1847. Also known as the Articles of Capitulation, the treaty ended hostilities between Californios in Alta California and the United States during the Mexican-American War. Bernarda Ruiz de Rodriguez (c. 1804-1880) of Santa Barbara is largely believed to be the author of many of the concepts in the Treaty of Cahuenga. At the time, she had four sons who fought on the Mexican side during the war. Today, a fountain has been dedicated to Bernarda Ruiz de Rodriguez in memory of her contributions. In 1848, one year after the Treaty of Cahuenga was signed, California was formally ceded along with other territories to the United States under the Treaty of Guadalupe Hidalgo, which ended the Mexican-American War.

In his retirement, Lieutenant Colonel Fremont visited Campo de Cahuenga, and found the adobe ranch house gone in the 1880s. Eight years after his passing, his wife, Jessie Benton Fremont, marked the location of the treaty's signing. After working to place bells along California’s mission trail called El Camino Real, Harrye Rebecca Piper Forbes interviewed still-living witnesses present at the signing of the Treaty of Cahuenga, and confirmed the former location of the adobe ranch house. After much negotiation, Forbes convinced the City of Los Angeles to purchase the property for a park in May of 1923. The next year the land was dedicated as the Frémont-Pico Memorial Park. In 1935, the Campo de Cahuenga was registered as a California Historical Landmark. In 1949, the Los Angeles City Recreation and Park Department used bond funds to finance a Mission Revival reproduction of the adobe ranch house at Campo de Cahuenga. The community building was dedicated in 1950 and is still in service today as an interpretive center, museum, exhibit hall, and community room. Each January the Campo de Cahuenga hosts a historical reenactment of the signing of the Treaty of Cahuenga, which many attend in period costumes.

At the 1992 Treaty of Cahuenga reenactment, a Native American dance in full costume was included. In 1997, with the construction of the Metro Red Line, archeologists uncovered the old foundation of the Campo de Cahuenga adobe. At some point in the 19th century, archeologists believe the original adobe Campo de Cahuenga burned and the adobe was washed away. Since part of the original adobe foundation was under busy Lankershim Boulevard, it was recovered with decorative pavers. The part of the excavated adobe foundation within park boundaries is still visible. Campo de Cahuenga is located at 3919 Lankershim Boulevard. The museum is open to the public the first and third Saturday of every month from 12 to 4pm.