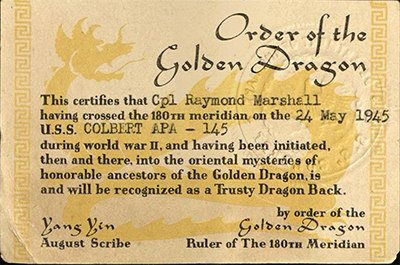 As United States involvement in the Second World War loomed near, President Roosevelt recognized that the production of arms and armaments to support the US and its allies would require a massive number of workers, including African Americans who continued to suffer under segregation in the workplace. Urged by threats of a March on Washington to protest the injustice of segregation in wartime industries, President Roosevelt created Executive Order 8802 which banned racial discrimination in industries that held government defense contracts, and established the Fair Employment Practices Committee to enforce the Order.

The attack on Pearl Harbor and subsequent declaration of war against Japan made it clear that the country was faced with mobilizing a military that was in no way prepared to launch a full-scale response. Beginning in early 1942, Roosevelt began issuing directives aimed at encouraging African Americans to enlist in the armed services. Many Black Americans criticized the government for asking them to risk their lives for a country that did not support their basic civil rights. But some saw the war as an opportunity to kill two birds – fascism abroad and racism at home – with one stone. Just two months after the attack on Pearl Harbor, The Pittsburgh Courier launched the "Double V Campaign," which urged black people to support the war effort and in turn asked the government to proactively support the freedoms and rights of African Americans.

Raymond Marshall was an African-American US Army Air Corps Corporal who served in World War II, before military service branches in the US were desegregated. The Corporal Raymond Marshall Collection documents Marshall's experiences as an African-American man serving in an all-black unit under a white officer in the US Army during World War II. The collection consists of a single diary Marshall used from 1942-1945, and several pieces of ephemera and clippings he tucked between the pages. His entries, many of which begin "Dear Mr. Diary," include descriptions of Marshall's jungle and amphibious training on Hawaii; his presence at Guadalcanal, Iwo Jima, the Solomon Islands, the Marshall Islands, Okinawa, and other locations in the Pacific; and more mundane details including visits to the dentist, the weather, homesickness, bouts of sea sickness, and submarine sightings and attacks.

In his diary, Marshall describes celebrating Christmas in 1943 and Thanksgiving in 1945, as well as the death of President Franklin D. Roosevelt in April 1945, Victory in Europe Day in May 1945, and Victory Over Japan Day in August 1945. The diary includes descriptions of air raids, Marshall's participation in a Court Martial in 1945, the deaths of his fellow soldiers and officers, and seeing Japanese soldiers in prison camps. A few entries are written by Marshall's friend James P. Moore. The diary's final entry is dated December 1, 1945, and describes Marshall's return to the United States after the war's conclusion on December 1, 1945. Ephemera in the collection includes pieces of Japanese currency, meal and ration cards, a gun crew pass, Marshall's Motor Vehicle Operator's Permit, a luau ticket, Marshall's Order of the Golden Dragon card marking the date he first crossed the International Date Line, and other materials.