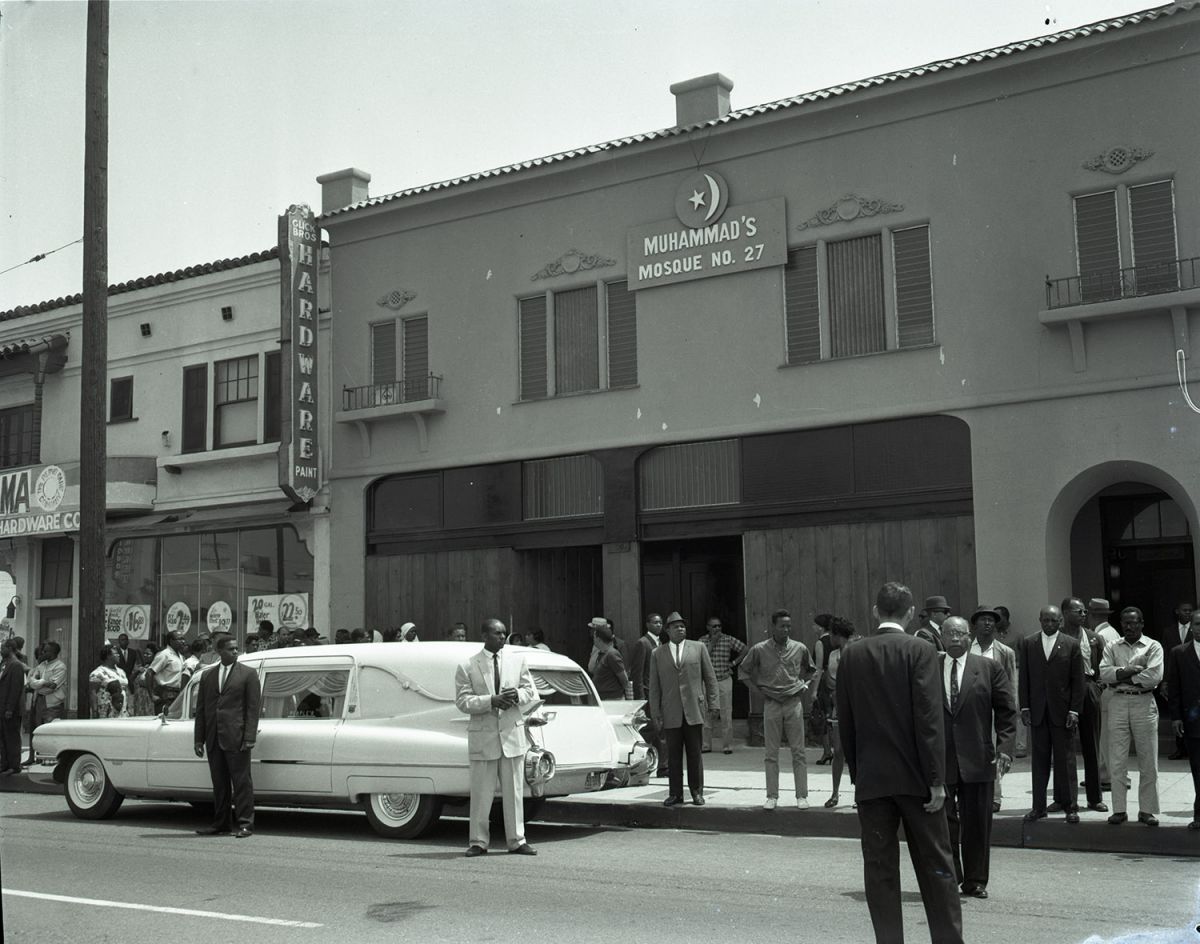 In 1930 W. D. Fard formed the Black religious and social movement known as the Nation of Islam (NOI) in Detroit, Michigan. When Fard mysteriously disappeared in 1934 his disciple, Elijah Muhammad, assumed control until his death in 1975. During the mid-1950s NOI national spokesman Malcolm X was instrumental in establishing Mosque No. 27 in Los Angeles, California. Discrimination against African Americans by real estate firms, African Americans' growing importance in trade unions and the general economy, and the fact that 468,000 people (20 percent of Los Angeles County's population) was Black were some of the reasons that Malcolm X invested so much energy and effort to build the NOI’s presence in Southern California.

The Tom & Ethel Bradley Center contains images and oral history interviews that document very significant and often overlooked events that occurred in and to the African-American community in Southern California during the second half of the twentieth century. Many of the events depicted in the images and recalled in oral history interviews are celebratory in nature, but others are not. Sixty years ago this month, on April 27, 1962, LAPD officers saw two African-American men taking dry cleaned clothes out of a car near the Nation of Islam’s Mosque No. 27 on Broadway and decided to investigate. At the time police brutality against African Americans was commonplace, but the Nation of Islam had a reputation for being anti-nonviolent and not turning the other cheek.

Monroe Jones had a delivery service for dry cleaned clothes. Many of his customers were also members of the Nation. It was commonplace for him to deliver clothing to the brothers and sisters at the mosque during services. When police inquiries on the men came back clean the police officers continued to try and prove they had committed a crime. When Fred X. Jingles refused to be handcuffed and manhandled onto the hood of a car, Jones went to his aid. Nation members exiting the Mosque went to the aid of both Jones and Jingles as more police arrived on the scene. Six unarmed members of the Nation of Islam were shot. Mosque secretary Ronald Stokes was killed as he approached LAPD officer Donald Weese with his hands up. William Rogers was shot in the back and paralyzed for life. LAPD officers also entered the religious temple, brutalizing members, tearing clothes from their backs, searching for weapons, and defiling their religious sanctuary. Mr. Jones talked about the NOI and described what happened in an oral history interview for the Black Power Archives Oral History Project.

Historically, Black people in this country have not been allowed to defend themselves against white supremacists, police or otherwise. Malcolm X openly told Black people they did not have to continue to be abused; that they had the right to protect themselves. The killing of Ronald Stokes placed Malcolm X at the center of a national controversy of police brutality. Malcolm X became a fixture in the Los Angeles trials not against the police, but the unarmed members of the Nation of Islam who had been shot. Malcolm X launched a nationwide speaking tour that turned Ronald Stokes into a major figure in the Black freedom struggle. Although unarmed Black men were shot and killed that night, a young generation of Black people were galvanized. When abuse by police continued, they exploded with the Watts Rebellion in the summer of 1965 ushering in the Black Power Movement in Los Angeles.