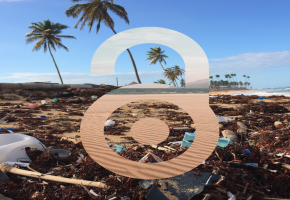 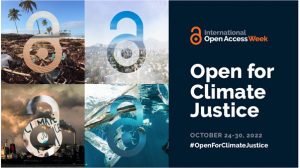 Special thanks to Andrew Weiss and the OA & Digital Publishing Team for this week’s contributions to Cited.

Meltdown expected, the wheat is growing thin
Engines stop running, but I have no fear
‘Cause London is drowning – and I…live by the river!

If the heat and extreme weather events have anything to say to us it’s this: the inconvenient truth of climate change has arrived, moving from an ignorable annoyance for some into the realm of ‘undeniable presence’. The thing about reality is that even if you ignore it, it still gets you. While there are nevertheless holdouts and climate deniers, the body of evidence grows even as the effects of change intensify. Anyone living through wildfires, hotter summers, and extreme drought in the West can attest to it even from their small vantage point: things are different now, the temperatures are unprecedented – yes, even in London.

This year’s International Open Access Week, held October 24-30, focuses on the theme of ‘Open for Climate Justice’. While justice may not be the first idea to spring to mind when talking about climate change, it should be noted that those who are the most greatly impacted by change are the people living at the margins of society, those near the river as it floods, or in the path of hurricanes.  According to the US Global Leadership Coalition (USGLC), extreme weather has displaced 80 million people and spurred or exacerbated regional conflicts. Food and water security have become compromised while global health has declined due to the increase in warm weather and a wider spread of infectious disease. Similarly, Climate Central, a policy-neutral 501(c)(3) nonprofit finds that the economic impacts of recent weather events (2017 – present) reached the $1 billion threshold more frequently than in the 1980s (once every 18 days compared to once every 82 days). Despite the overwhelming evidence, many people remain ill-informed or largely unaware of both the coming changes as well as who it will primarily impact and where.

Why does this persist? In library and information science (LIS), one of the main theories of human information behavior, information poverty, revolves around the ways that a lack of information affects people. A large reason that people remain unaware of facts or important life-saving information is the lack of access to necessary information resources in their regions. Elfreda Chatman’s theory of information poverty (1996) traces the effects that this lack of access has upon people and their communities. The effects can be devastating, showing people who see themselves as devoid of any resources that could help them; suffering a general sense of helplessness over their condition. Some also come to see the act of information seeking itself as a risk in these areas – especially if it is taboo or contested information – and may opt to not look for information, even if it would directly benefit them financially, physically, or psychologically. Although not all who are information poor are always financially poor, the overlaps between the two groups are significant, making it difficult sometimes to separate their mutual effects. Those living in regions that deny or politicize climate change may be suffering from the effects of information poverty, especially if they begin to see themselves as outsiders without a stake in their own fates and victims of “a stratification of information acquisition and use” (Chatman, 1996, p. 204). They are rife for falling for misinformation and rumor as fact checking and other behaviors that counter false information are either not known or are disregarded.

In this light, library open access initiatives are a natural fit with helping to raise awareness about the impact of climate change. Libraries at their most basic core serve the needs of their users and their communities; open access has long been an effective tool for helping all users, regardless of their geography, nationality, or economic standing to find information – and with fewer barriers. When the information they need is vital to their lives and livelihoods, like climate data and research, it becomes an ethical obligation for all of us in libraries to help get that information out to as many people as possible.

Consider it a radical reinvention of Rangathan’s first law of librarianship that “Books are for use”; in this case, information is for use, regardless of its medium, neither in need of protection in a library’s closed stacks nor behind a database’s paywall.

Scarcity and complicity: how to help

Academic publishing has long favored the scarcity model, restricting access except to those who pay for it. The paywall model has helped academic publishers become some of the most successful businesses in the world with multi-billion-dollar profits. Yet this has become unsustainable. For one, prices for access have become outrageously expensive. But to make matters worse, the access to that research – often financially supported by the public through universities and federal agencies in the first place – is sold back to us. In other words, we are paying to access the very things we created. While this was bad before, in the face of climate change, pandemics, and other international crises, it becomes even more problematic to withhold this information from those who need it most.

When you consider open access, think not only the personal benefit (i.e. increased citations) or the abstract principle of open knowledge (improved public health, lessening of information poverty, etc.), both of which are strong arguments for it, but also how that openness might actually help someone in our own neighborhoods, those less fortunate and at the margins of our societies. Focus on how this small act of helping to promote open access – even if it’s just a retweet or sharing this article – might actually help those most impacted by the problems of climate change and climate denialism. In the words of SPARC, sponsors of International Open Access Week: “join together, take action, and raise awareness around how open enables climate justice.”

How you can participate:

You can participate in open access in several ways:

The first way (a.k.a. Gold Open Access) is through publishing in open access journals, with the Elsevier Transformative Agreement, the new ACS-California agreement, or by seeking out journals through the Directory of Open Access Journals (DOAJ). Each journal in this directory is vetted and approved for addition to the list. Some journals require the payment of APCs, as mentioned above.

You can also participate by submitting your work to ScholarWorks (a.k.a. Green Open Access). This is also known as self-archiving. You provide a copy of your work for uploading. We then will add your publications to the repository in the form accepted by the publisher (usually a first draft or a peer-reviewed draft prior to the final version). We host a full range of materials and file types in our open access repository ScholarWorks. We include items in formats such as PDF, MS Word, mp3, mp4, WAV, and so on. Our collections include data sets, journal articles, books, dissertations and theses, even whole journal issues.

Finally, you can create your own open access journal, or move one you edit to an open access model. This is called “Journal Flipping” and has seen some modest successes in helping to shift a publication from a subscription model to open access.

Each day during this year’s Open Access week, we will focus more deeply on one of these main aspects of open access and how faculty can participate in these initiatives. Be sure to join us in our exploration of these topics.

There are other events happening nationwide for Open Access week.

Here’s a sampling of what’s going on:

Rising inequality is a driving force in the information age, driving a wedge between research and knowledge created for the public good and the people most in need of it.

Open access has been seen as one antidote to this global problem. CSUN and the University Library have been actively engaged in open access for the past decade, starting first with our 2012 Faculty Senate Resolution on Open Access; our support of California Assembly bills (609 in 2014, and 2192 in 2018) for open access in state-funded research; our early adoption of the Berlin Declaration on Open Access; and continued support of Federal mandates for open access to research.

Our ultimate goal is to reduce the walls that contain information that has been created by our own researchers for the benefit of not only our stakeholders, but anyone else who needs it. 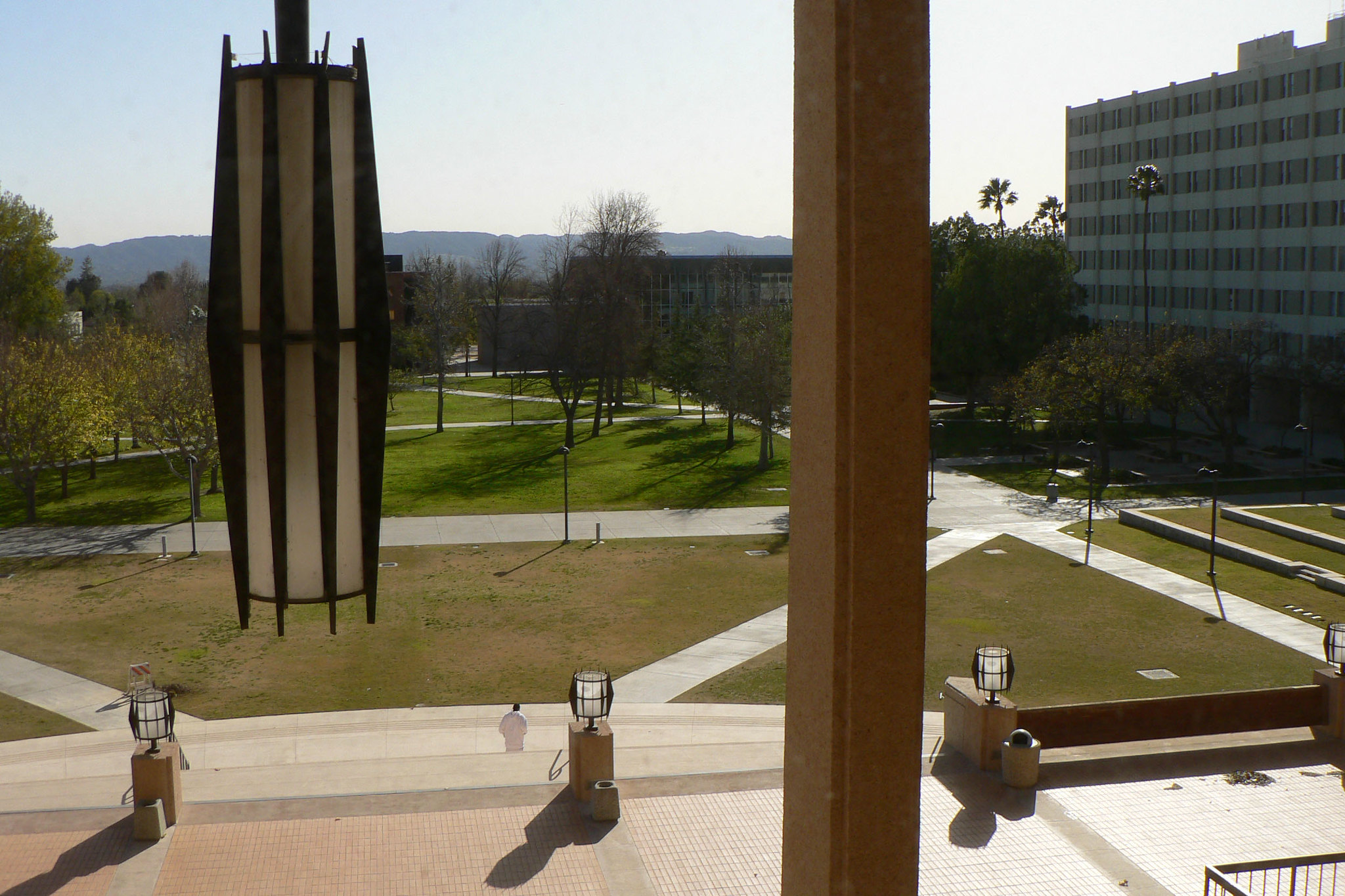 Posted in outreach, and Services

Welcome (back) to CSUN Library! It’s an exciting time at CSU Northridge. From first-year students starting out their journey in higher education, to transfers, to…

END_OF_DOCUMENT_TOKEN_TO_BE_REPLACED
Check Out These Tips for Finding Textbooks 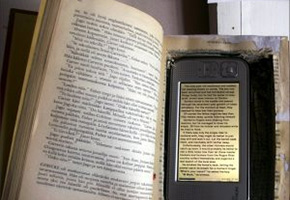 Check Out These Tips for Finding Textbooks

Posted in research, Services, and textbooks

Hello Matadors! Welcome to Spring semester 2021. We want you to know the University Library is here to help you online with your research needs…

END_OF_DOCUMENT_TOKEN_TO_BE_REPLACED
Check Out the Many Ways You Can Get Help Through the Library! 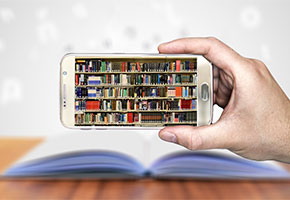 Check Out the Many Ways You Can Get Help Through the Library!

Hello Matadors! We hope your semester is going well. We wanted to provide you with reminders about several Library resources and services that can support…

END_OF_DOCUMENT_TOKEN_TO_BE_REPLACED
Virtual Resources Are Here to Help with Assignments! 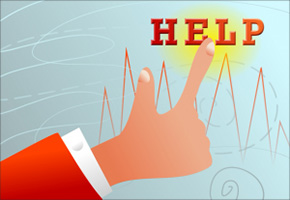 Virtual Resources Are Here to Help with Assignments!

Posted in outreach, research, and Services

Hi Matadors! We hope your virtual courses are going well. As moving classes completely online requires everyone to do some things differently, we wanted to…