Offerings from prison: a collaborative photo essay at a Santa Muerte altar 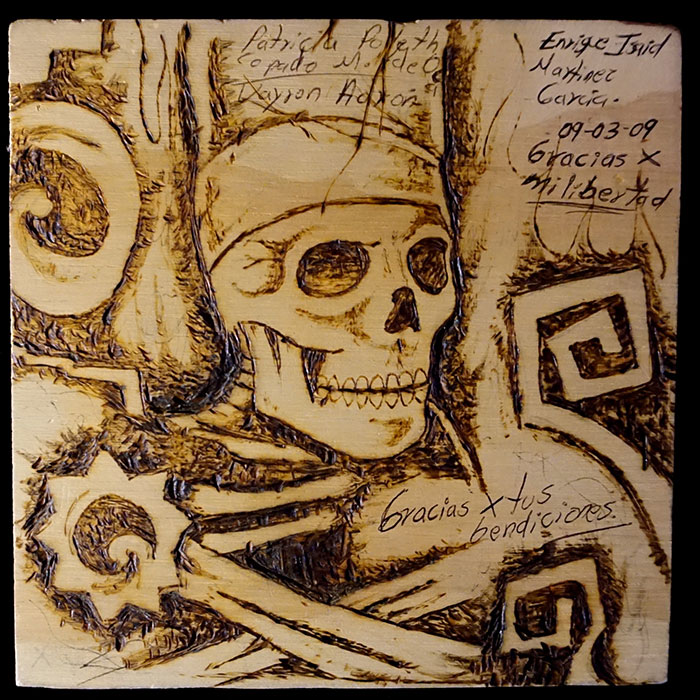 Dr. Laura Roush will present a photo essay in progress featuring anonymous sculptures that were left as offerings to the Santa Muerte (Saint Death) at a public altar in Mexico City. The project is a collaboration with Doña Enriqueta Romero, the keeper of the altar, who has been collecting the pieces since 2001. The talk will open up onto two larger themes. First, there are questions--still open--about the sculptures themselves: what can they tell us about the lives of the people who made them? Since many of the artists were in prison, the art was often brought to the altar by loved ones. What can we learn about the families’ experiences from the ways the artwork travels? Second, there is a discussion about collaborative ethnography itself. While setting up pictures of the sculptures, the two women discovered they had different tastes in photography. As opposed to showing context, Enriqueta preferred glamour and dark velvet backgrounds. This led to new questions about how theological and existential points of view make themselves felt, even in pictures. For a devotee, including the material context of an altar can seem like a lack of respect. On the other hand, for someone in prison, seeing Death floating in a beautiful night sky might be the opposite of being trapped: the Santa Muerte is not only a protectress but a traveler on your behalf, with no boundaries.

Laura Roush is a research professor at El Colegio de Michoacán, in Mexico, and has been attached to people in Tepito, a barrio in central Mexico City, for almost 20 years. Her discipline is anthropology but she is teaching herself photography to shake up her own perceptions.

Enriqueta Romero is the keeper of the first publicly-accessible Santa Muerte altar in Tepito. The pictures that accompany this talk are of offerings left anonymously at her altar from 2001 to the present.