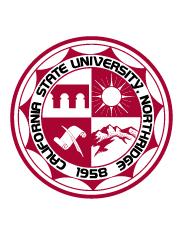 Open to the public: Yes

Access Procedures: Collection may be used when library is open and appointments are not necessary.

Community Relations Committee (CRC) of the Jewish Federation Council of Greater Los Angeles (1921-2004). The entire collection has not yet been processed. Early files of approximately 206 linear feet and dating from 1921-1950 are open for research. Parts 1 and 2 covering 1921-1946 are fully cataloged. Significant German propaganda came into the United States through West Coast ports for nation-wide distribution from the German Consulate in Los Angeles and the German House, which served as western United States headquarters for the German-American Bund (known until 1936 as Friends of the New Germany). The CRC: "consisted of approximately forty representatives from various Jewish organizations, including the Anti-Defamation League (ADL), American Jewish Committee (AJC), and the United Jewish Community. The committee adopted the strategy set forth by the ADL in 1933 for combating “un-Americanism”, which was to infiltrate and expose pro-Nazi and anti-Semitic organizations and, if necessary, turn the information over to federal government agencies.” Between 1938 and 1940, the JCC prepared an extensive report on “Activities of Nazi Groups and their Allies in Southern California” based upon the information provided through their investigative efforts. The report was presented to the House Un-American Activities Committee by the American Legion. Collected data was also used by the California grand jury investigating subversive activities throughout the state and in the 1942 federal Sedition Trials." --- from the collection finding aid. The Fritz (Fred) Weinman(n) Papers (1903-1996) consists of approximately 1.4 linear feet and 155 photographs. This collection is not cataloged. "Fritz Weinman was born in 1903 in Magdeburg, Germany, into a prominent coal-mining and shipping family. When WWI broke out, he supported the German Army by contributing his allowance to the war effort. Photographs and documentation reveal a happy teenager who enjoyed being with friends at the shore and another photo album shows Fritz on a trip with his girlfriend as they traveled through Italy. In 1939, because of the impending Second World War and his Jewish heritage, Fritz emigrated from Nazi Germany, moving first to Czechoslovakia, then to France, Mexico, and finally to Hollywood, California." --- from the collection finding aid. Stephan Stuart Papers (1930-1979) is a small collection of approximately .25 linear feet. The collection consists of personal papers dating predominately from the 1940s. Born Stephan Strauss in Frankfurt Germany he left Germany for Bordeaux, France in the late 1930s. In France Mr. Stuart operated an import-export business (in France by 1936). He fled France in 1940 for neutral Portugal where he was categorized a Jewish refugee. Stuart entered the United States in 1941 and registered for the draft. He enlisted in the US Army in 1943. This collection is not cataloged.