Passports of the Past: Encoding National Identities 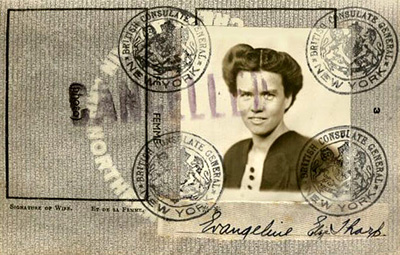 Ours is a society anchored on identity--whether a screenname you use online, a driver's license with your name and physical description, a passport that allows you to come and go in particular countries, or the absence of any of the above. Passports and identification documents in the Old China Hands Archives provide a kaleidoscopic view of the way identity is represented on paper.

The passport we know today did not exist until the early 20th century. In the past passports took many forms, and the ways they identified the holder varied greatly. They came in different shapes and sizes contingent on the desires of individual issuing authorities. They were originally created to serve as safe conduct passes for individuals crossing through foreign territories to negotiate with enemies, but in modern times they have evolved from diplomatic introductions into a form of official identification representing an individual’s relationship to a nation.

At the 1920 Paris Conference on Passports and Customs Formalities and Through Tickets, the League of Nations agreed to internationally standardize passports. This movement was in line with other standardization efforts in the early 20th century that emerged as part of an efficiency movement to streamline processes, but also reflected an increased interest in tracking the flow of people in and out of countries.

By the end of World War II, many individuals had experienced stateless status due to widespread political upheaval and a complex myriad of citizenship and naturalization laws across the globe. Immediately after the war the international 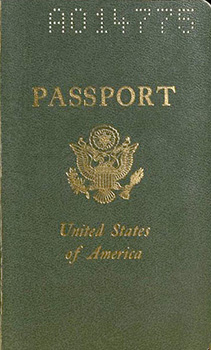 community established the United Nations to promote international order and cooperation. In 1948, the organization adopted the Universal Declaration on Human Rights, which contains thirty articles outlining an individual's rights, including the right to asylum and the right to nationality.

Locations in China were attractive destinations for stateless individuals up through World War II. Shanghai required no visa or work permit for entry, making entry possible for those that lacked a nation. In 1921, shortly after the Russian Revolution, Russian political exiles had their citizenship revoked by the new Soviet government, leaving them stateless. Many of these now-stateless former Russian residents moved to China. Later, European Jews fleeing the Nazis would take refuge in Shanghai, often after they were turned away from other countries, giving Shanghai the moniker "port of last resort."

Take a look at identification documents from foreigners born in, working in, and/or living in China. Consider what information nations deemed important enough to include, as well as the context of an identification document's creation. How we self-identify may exist in opposition to how a governing body allows us to identify on paper. It is an international collaborative agreement to honor these documents and imbue these pieces of paper with power for both access and exclusion.