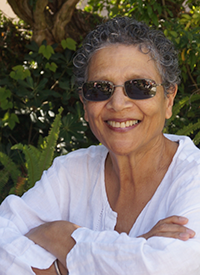 Dr. Hassan is a second generation Angeleno who received her B.A. from the University of California, Berkeley and her PhD from Scripps College of Communication, Ohio University. Dr. Hassan’s incredible educational journey included getting married before graduating from high school, entering college with two children, and graduating from UC Berkeley as a single parent with five children.

Dr. Hassan's accomplishments as an independent historian and documentarian include on-the-spot recording of the coup and U.S. invasion of Grenada, and a 13-part series for National Public Radio on how race, class, and gender shape American sports. Dr. Hassan is a former staff member the KPFA radio station in Berkeley.

In 2015, Dr. Hassan completed the first critical biography of Los Angeles-based civil rights attorney and journalist, Loren Miller. In addition to serving as co-counsel on Brown v. Board of Education, Miller served as Dr. Hassan’s father's attorney when he was discriminated against as a black man in a restaurant in L.A. in the 1940s, and was a friend of her aunt, Vaino Hassan Spencer, the first black female judge in California and the third in the United States. Dr. Hassan currently works as a media content consultant and researcher for The Azara Group. She is based in Washington D.C. and Los Angeles, California. 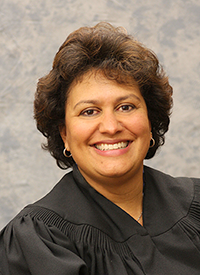 Judge Robin Miller Sloan is a native Californian and a legal scion of the African American community in Los Angeles. She is the granddaughter of civil rights attorney and journalist Judge Loren Miller, and the daughter of Judge Loren Miller Jr., who served the Los Angeles community on the Superior Court for more than three decades. Like her forebears, Judge Sloan went into the family business. She received her bachelor’s degree from UCLA and her Juris Doctor from the University of the Pacific, McGeorge School of Law.

Judge Sloan takes great pride in her family’s personal legacy and deep roots in Los Angeles. She is a tireless advocate for the principles instilled in the Miller family by her grandfather Loren, the son of John Miller, a former slave and his wife, Nora, whom together went against nineteenth century American racial standards by starting a life together as a black and white couple.

Judge Sloan served as a prosecutor for the L.A. City Attorney’s Office, deputy attorney general in the California Attorney General’s Office, and was appointed to the bench in 2003 by Governor Gray Davis. Judge Sloan is assigned to the Juvenile Court where she hopes to effect change in the lives of young people, and in the process, ensure a brighter future for Los Angeles.

Are you Zoomed out? Do finals have you stressed? Give yourself a break, take a moment to relax and enjoy some of our virtual and in-person de-stressors.