Some Peek in the Stacks blog posts are authored by CSUN students who work in Special Collections and Archives. This week's post was written by Raul Buenfil, a student assistant in the International Guitar Research Archives. Raul is a senior majoring in Music Industry Studies. 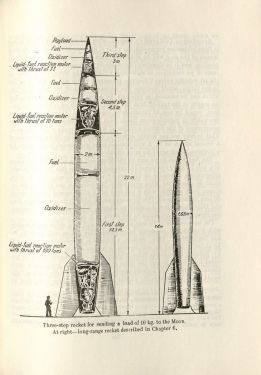 The universe is filled with beauty and mystery. We don’t know for sure what is out there, but as curious humans, we have made attempts to know all we can about the parts of our universe. We’ve developed theories about the universe and how it works, mapped out the stars, ventured into outer space, written fiction about the wonders of the universe, and pondered the possibility of life on other planets. Special Collections and Archives holds many books and other materials related to these topics.

There have been times throughout history when humanity has sought answers and explanations by coming up with theories about the universe. Galileo Galilei is one of the bright minds that developed many theories. What we now consider valid theories of the universe were sometimes considered heresy in our distant past. Galileo passionately argued for his theories against the Church in the name of science. There is a wealth of information on this topic in the book, Galileo Against the Philosophers, a 1976 English translation of Dialogo de Cecco di Ronchitti da Bruzene in perpuosito de la stella nuova and Considerazioni d'Alimberto Mauri sopra alcuni luoghi del discorso di Lodovico delle Colombe intorno alla stella apparita 1604.

In present times, our understanding of the universe has grown in large part due to sciences like astronomy and physics. Advancements in technology have also helped us in our quest. We now have very powerful telescopes here and in outer space, satellites, rovers, space shuttles, and other types of investigative technology. We have mapped the stars and expanded our study of space. Wonders of the Telescope (1809), Geography of the Heavens (1833), and Joseph Moxon's work on Globes, Tutor to Astronomy And Geography or, An Easie and Speedy Way to Know the Use of Both the Globes, Coelestial and Terrestrial...are interesting books that show us a glimpse of how our current understanding of the cosmos developed.

Advancements in technology have also helped us in visiting locations 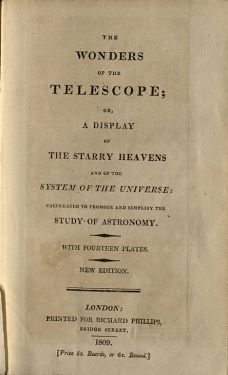 outside of Earth's atmosphere. In 1969, the first manned shuttle landed on the moon. This was the first time humans had visited and explored another celestial body, and we leaped into a new era of understanding. Special Collections and Archives holds transcripts for the first Apollo mission, “Apollo 11: Mission Commentary,” which consists of commentary between ground control and the Apollo mission astronauts.

Although there have been great advances in our knowledge of the universe, we still only know a very small fraction of what is actually out there, and many questions remain. These mysteries have carried over into our culture, where we have not only theorized, but also produced creative works about the mysterious possibilities of outer space. In books, movies, music, literature, and art, we explore and imagine the answers to our questions. Special Collections and Archives holds a large collection of Science Fiction literature, including titles such as Fantastic Universe, Mission to Universe, and Destination: Universe!.

Throughout history, people have wondered whether we are the only living species in the universe or not. If so, will we ever interact with said life forms? Will we ever be able to travel and live on other planets in our solar system?  As Carl Sagan put it, “Somewhere, something incredible is waiting to be known.”