Historical accounts of the pueblo at Los Angeles first began to surface in the 1870s. Yet, aside from iterating the widely accepted facts related to Spanish exploration and the founding of the pueblo, early writers largely neglected the Spanish colonial period in Los Angeles history. These works were primarily regional histories created by boosters in an effort to glorify the city’s residents and promote a past steeped in Anglo frontier spirit and American individualism. 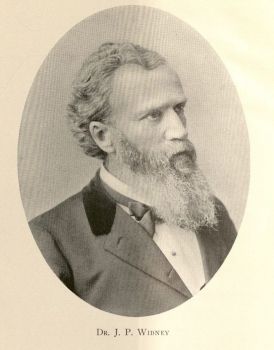 An Historical Sketch of Los Angeles County: From the Spanish Occupancy, by the Founding of the Mission San Gabriel Archangel, September 8, 1771 to July 4, 1876 is considered by many historians to be the earliest publication which utilized official records to document the city’s founding. This popular history was produced by request from the United States Centennial Commission, which sought to publish a collection of county histories in honor of the American centennial. The text was officially authored by The Literary Committee of the Los Angeles Centennial Celebration, which consisted of Col. J. J. Warner, Judge Benjamin Hayes and Dr. J. P. Widney, founders of the Los Angeles Library Association and prominent civic boosters.

As the authors profess in this work's introduction, the whole of the volume drew from many nonfactual sources, "...some of it recorded, but much unrecorded, narratives and personal reminiscences falling directly from the lips of survivors of that older generation, now rapidly passing away— persons who in recounting these tales of the past, may with pride, like Aneas, say 'et quorum pars magna fui,' we have sifted and compared reports and dates, until we believe the narrative will be found in the main correct."

This telling quote speaks to a phenomenon already in place by the last quarter of the nineteenth century, a process of mediated history as it served to boost the city’s potential for tourism and investment, real estate development, and commercial enterprise. Drawing parallels between the founding of Rome and the founding of Los Angeles, this early historical work would begin to shape the story of Los Angeles as the mythical empire that rose magically out of the desert.

An Historical Sketch contains very little description of the individuals who actually founded the pueblo, making the claim that "The social and political history of this county, for the first half century or more, from the founding of the missions, are alike barren of any noticeable event." The majority of this volume is devoted to glorifying the exploits of Anglo pioneers who ventured west and as described, bravely conquered the territory to bring the little pueblo of Los Angeles into the bosom of democracy and progress. These chroniclers of Los Angeles history were some of the earliest participants in what would become common practice among late nineteenth and early twentieth century historians, a myth-making technique that minimized, dismissed, or omitted the contributions of non-white participants.