The national American Planning Association’s (APA) mission is to elevate and unite a diverse planning profession as it helps communities, their leaders and residents anticipate and navigate change. 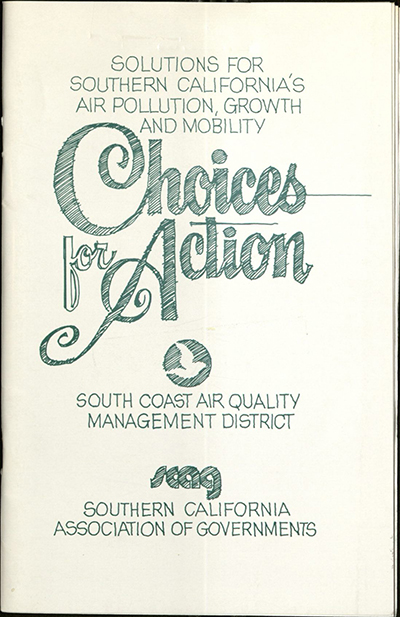 The professional organization formed through a merger between the American Institute of Planners (AIP) and the American Society of Planning Officials (ASPO) in 1978. CSUN is home to the records of the California Chapter of APA. The American Planning Association California Chapter Collection documents the administrative activities of the Chapter, as well as the broader history of planning in California in the 20th and early 21st centuries. The collection includes administrative files, planning publications and reports, and newsletters documenting the planning movement in California, as well as materials documenting California planning's ties to design and the environment and planning related legislation.

APA California's mission is to provide vision and leadership that fosters better planning for California; build public and political support for sound planning; and provide its members with the tools, services and support that advance the art and science of planning.