Astrology: Finding Meaning in the Stars 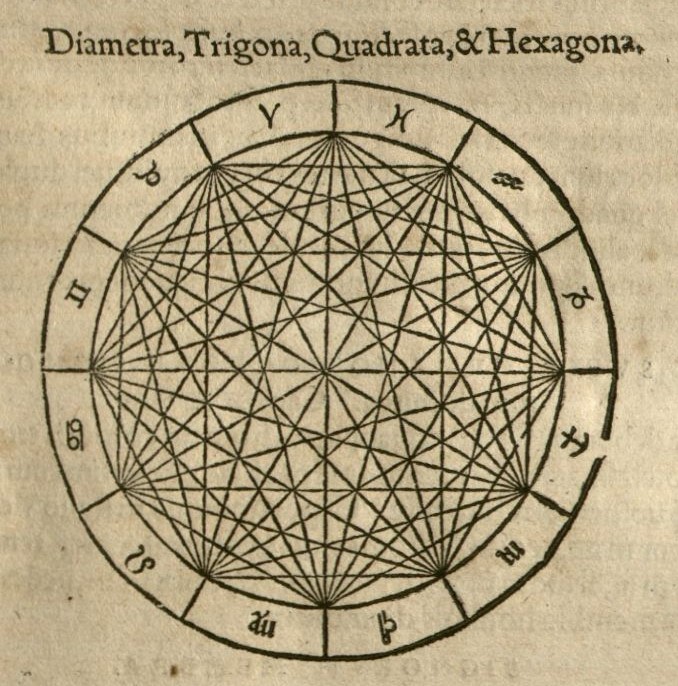 Contemporary astrology in the United States is generally associated with the 12 zodiac signs, like Virgo and Aries, and their role in personal horoscopes. Centuries ago, early Western astrology was often conflated with astronomy and was considered a scholarly subject. Astrologers made celestial observations to create a system of rules to divine future events on earth. By the late 17th century it was considered pseudoscience. Several books in Special Collections & Archives document perspectives on astrology from the 16th-19th centuries, as popular impressions of astrology shifted.

Iulij Firmici Materni Iunioris Siculi V.C. ad Mauortium Lollianum, Astronomicōn libri VIII is a 1551 printing of Julius Firmicus' 4th century astrological and astronomical work. He discusses the history of astrology to Arabs, Egyptians, Greeks, Romans, and Chaldeans. Many astrological volumes discuss the astrological prowess of people from Chaldea, a country in Mesopotamia that existed between the late 10th or early 9th and mid-6th centuries BCE.

Joseph’s Moxon’s A Tutor to Astronomy and Geography, published in 1686, notes the duality of astrology as a science and way to prognosticate the future. He writes of astrology as both, “Erecting a Figure of Heaven, Placing the planets in it, Finding what Aspects they bear each other, and in what places of Heaven they are constituted” and as a way "to Judge of the events of Things by the Figure Erected.” Moxon chooses to focus on the astronomical aspects rather than the astrological part, and refers readers to seek out other existing volumes on astrology.

The 1739 publication, Explication de Divers Monumens Singuliers, Qui ont Rapport a la Religion des Plus Anciens Peuples by Jacques Martin discusses the history of astrology, the history of the Zodiac and beliefs about signs and characteristics attributed to different signs. John Willme's slightly later A New Light for Young Mathematicians, written in 1755, describes astrology as "an Art, or a Branch of the Mathematics, which...to judge of the effects and influences of the stars, and to foretell future events by the situation and different aspects of the Heavenly Bodies." He describes the astronomical aspects as natural, and the conjecture about the future as judicial astrology. Willme references Bible verses to legitimate his support for astrology and notes that the chief work of modern astrologers is the making of calendars or almanacks.

The Wonders of the Telescope from 1809 discusses astronomy completely separate from astrology, and speaks of the Zodiac only from a matter-of-fact scientific perspective as a region of the sky. Charles Mackay's 1869 Memoirs of Extraordinary Popular Delusions and the Madness of Crowds is aggressively against astrology. Mackay writes, "How flattering to the pride of man to think that the stars in their courses watch over him, and typify, by their movements and aspects, the joys or the sorrows that await him! He, less in proportion to the universe than the all-but invisible insects that feed in myriads on a summer’s leaf are to this great globe itself, fondly imagines that eternal worlds were chiefly created to prognosticate his fate."