An Aztec Herbal: First medical text published in the Americas 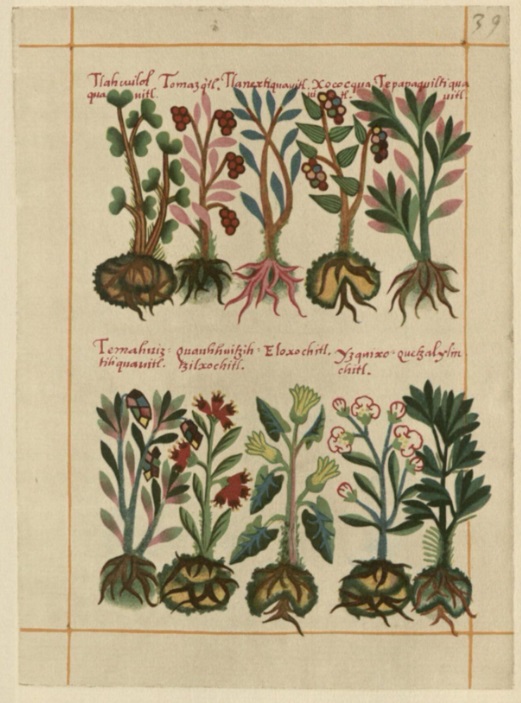 Human societies have developed numerous means to preserve information, and have made use of a wide array of materials—papyrus scrolls, clay tablets, and sheets of bronze—to do so. The codex, a Eurasian method of storing information, is bound on one edge like a modern book. Early codices typically featured paper made of animal skins rather than plants.

When the Spanish conquered the Aztecs in 1522, they found many documents recording the social structure, economy, and religious life of this society. These documents, despite being slightly different in form—some were written on a single long sheet and had accordion folds, and were made of the bark of a species of fig—were also called codices.

Aztec codices created before contact between the Americas and Europe had very little writing on them, with most of the information presented in pictographs. Most of these codices were destroyed by the Spanish, who saw them as an obstacle to the conversion of the indigenous peoples to Christianity. The Codex Azcatitlan, though created after the arrival of the Spanish in the Americas, is typical of pre-contact codices in its use of pictographs.

After the arrival of the Spanish, Aztec codices began to take new form, with a combination of Aztec pictographs, painted or drawn by indigenous artists, and writing in a Western langauge, often Latin, so that Europeans could understand them as well. 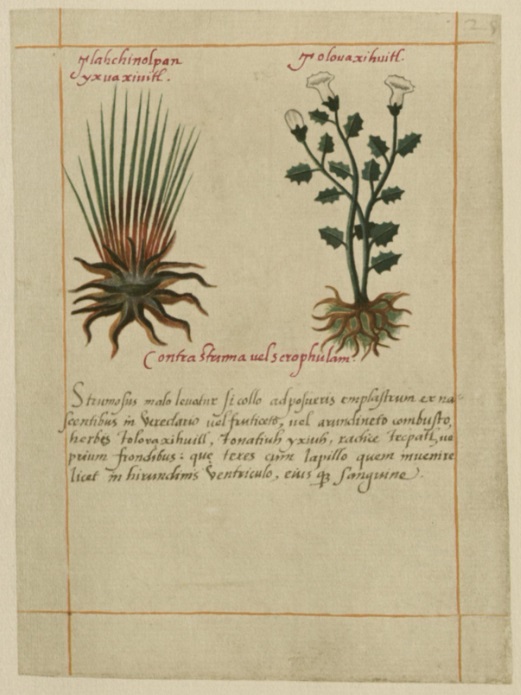 The Codex Badiano is one such Colonial-era document. Its author, Martín de la Cruz, was a student at the College of Santa Cruz, and later a physician. This codex was translated into Latin by Juan Badiano, a classmate of de la Cruz, so that it was accessible to European readers. Being the earliest text on medical practices published in the Americas, it contains information of interest to anthropologists, botanists, and historians, not to mention the modern day descendents of the Aztecs and other indigenous peoples of Mexico.

Though it is hard to know for certain how many copies of a given codex were produced, scholars believe that they were fairly rare, as much labor was required to produce each one. Since there is usually only one extant example of each codex, many special collections have facsimiles of these codices, rather than the original. This is the case for our copy in Special Collections & Archives.

Despite the fact that these Aztec codices are of great importance to Mexican culture, the vast majority are in Europe and are highly sought out by collectors. Colonizing powers often physically appropriated artifacts, such as codices, for study by European scholars. There have been reversals of this trend in recent years, however, with some artifacts being returned to their countries of origin. In 1990, Pope John Paul II returned the original Codex Badiano to Mexico, and it is now part of the collection of the Instituto Nacional de Antropología e Historia in Mexico City.