Some Peek in the Stacks blog posts are authored by CSUN students who work in Special Collections and Archives in the Oviatt Library. This week's post was written by Raul Buenfil, a student assistant in the International Guitar Research Archives (IGRA). Raul is this year's IGRA Fellow, and is a senior majoring in Music Industry Studies.

In honor of Mexican 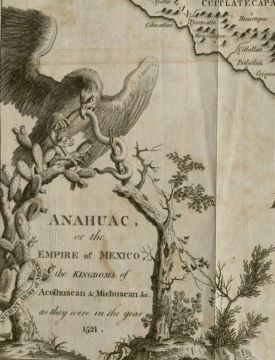 Independence Day, which is celebrated on September 16th every year, this blog post showcases some sources on Mexican Independence in Special Collections and Archives. As neighbors, most in the United States are aware of certain cultural aspects of Mexico, but often don’t reflect on the history of the country. Mexico's history is very different than that of the United States, and is uniquely rich, complex, and fascinating.

The move to Mexican independence from Spain was a very long and difficult process. Beginning in the late 15th century, Spain maintained authoritative rule in the region we know today as Mexico. From the 15th to the 19th century Spanish colonists had children with the native population, and thus the relationship between Spanish colonizers and the indigenous population grew increasingly complicated, as did popular acceptance of Spanish authority in Mexico. By the 19th century many Mexicans wanted to separate from Spain and create a sovereign government that would act on behalf of their own interests much like the movement for American independence from British rule in the late 18th century. 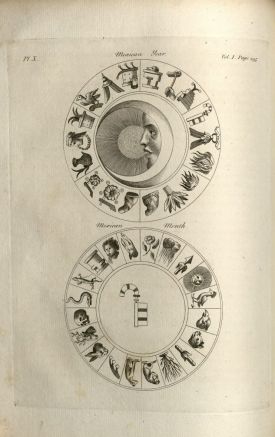 The desire for independence from Spanish rule first formally emerged in 1810. A priest named Miguel Hidalgo y Costilla is famous for issuing a call for revolution on September 16, 1810 in an event known as “El Grito de Dolores”. His call sparked a flame that would fuel the Mexican fight for independence. Although he was executed by Spanish authorities in 1811, the spirit of the revolution carried on in the hearts of many Mexicans, including new leaders like José María Morelos and Agustín de Iturbide who emerged and eventually successfully established independence for Mexico in 1821.

There are several books in Special Collections on Mexican history from the late 1700s and early 1800s. Two of these books are titled The History of Mexico, one published in 1787 and the other in 1824. Others are titled History of South America and Mexico, Memoirs of the Mexican Revolution, and Notes on Mexico. These sources feature detailed information about this unique history from a 19th century American perspective. All of these sources and more can be found in Special collectives and Archives!