On the Eve of Suffrage: The Philanthropic and Educational Work of the Reseda Woman's Club, 1918-1920 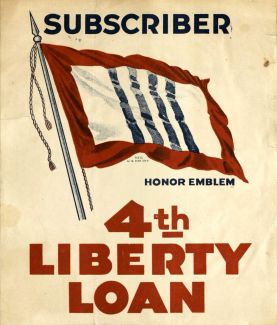 On May 2, 1918 a local newspaper announced the organization of the Mother's Club of Marian, noting the Club’s purpose was "to be of patriotic service, to become a center for broader social life, and to work unitedly for the advancement of both school and community." Marian would later change its name to Reseda in 1921, and the Club followed suit, becoming the Reseda Woman's Club. Although local women ran the organization, and many of their activities centered on improving their own community, their efforts were also linked to national and international events.

The Club's chosen colors were green and gold, two of the colors long used by British and American suffragists. A little over two years after the founding of the Mother's Club of Marian, suffragists gained victory with the ratification of the Nineteenth Amendment in 1920, giving American women the right to vote. The Club’s history scrapbooks do not directly reference suffrage, and they were on a summer break when the Amendment was adopted on August 18th, so it is unknown what the attitudes of the Club members were toward this national event. Women in California had already gained the right to vote in the state in 1911.

After its founding, the Mother's Club of Marian hewed faithfully to the purpose it set out to fulfill, as well as the Club’s motto of "service." The early Club met at Marian Elementary School, and provided educational programming for members and the local community. Topics ranged from light-hearted music sessions, to serious talks on subjects like "Business and Protective Law," and financial needs related to countywide education.

Clubwomen also advocated for improvements to their local communities through petitioning. In January 1920, they petitioned to re-light Sherman Way, and in June of that year they petitioned to provide transportation for the children of Encino Acres who were required to go to the Board of Education. In addition to petitioning, they discussed their interests and opinions on civic improvements, such as the benefits of Pacific Electric car service. Although the local community was at the heart of much of their charitable work, members were also connected to and concerned with the global community. A fundraising bazaar initially planned for late 1918 was held off as "the epidemic interfered." This note likely referred to the 1918 flu pandemic that resulted in the deaths of millions around the world.

The delayed local fundraising event intended to raise funds for another global issue, the Red Cross and French Relief war work in response to World War I. The fundraising bazaar did happen the following year, and brought in $314.75 for the Club to use towards their relief work. An earlier Red Cross Carnival held on August 10, 1918 was reportedly the "first affair of its kind ever held in the valley." The event featured the Los Angeles Scottish Pipe Band and Concert Company and netted $207.82 from over 400 attendees.

One 1919 newspaper clipping noted that the clubwomen sewed 245 garments to send to the French Relief and Salvation Army Headquarters. Club members also decided to sponsor a little French girl impacted by the events of World War I. It cost $36.50 for a year of sponsorship for Madeleine Bechtel. Bechtel sent the Club a handwritten thank you note, and they received a photograph of the girl they referred to as their "protégée."