Saint Patrick in the Archives 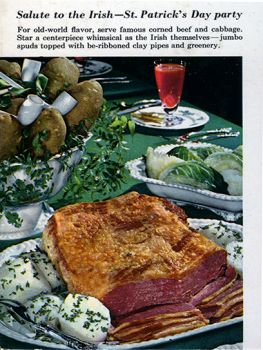 Originally, Saint Patrick’s Day was a religious celebration of the life of the patron saint of Ireland. The March 17th celebration that bears his name is believed to be his death date in the year 461 CE. Saint Patrick is known for having brought Christianity to Ireland and, to a certain degree, to the Anglo-Saxon world.  As a young man in what is now the United Kingdom, he was abducted and enslaved in Ireland. During this period, he leaned on his Christian faith for solace. In his twenties, he was able to escape and return to his homeland where he studied Christianity. Special Collections and Archives holds several resources related to the life of Saint Patrick and the ways in which he and the holiday have been memorialized.

In the United States, Saint Patrick's Day has historically been celebrated as a secular holiday that focuses on Irish culture and heritage. By the 1860s, Saint Patrick's Day had come to symbolize both love for the motherland and strong feelings of American patriotism for many Irish Americans. An article in the March 17, 1864 The Press states that (on this day) "Irishmen of all creeds can meet without any chance of difference…The different national societies (ethnic groups) are charitable intuitions, devoting their funds to the relief of the distressed countrymen." An 1865 article, also in the The Press, glorifies the life of Saint Patrick by publishing a biography describing his life.

The United States has a long history of Irish immigration. The 19th century Irish potato famine substantially increased the numbers of migrants exiting Ireland. During the Mexican-American War of 1846-48, there was a group of soldiers fighting for the Mexican government called Saint Patrick’s Battalion, a unit of 175 mostly Irish immigrants who had defected from the United States Army. Carl Krueger fictionalizes the story in Saint Patrick's Battalion, a novel. 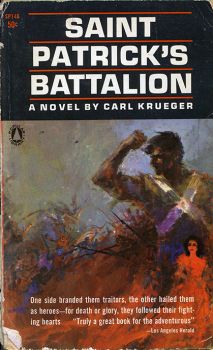 Traditional Saint Patrick's Day foods also play an important role in the celebration. The Culinary Collection includes numerous cookbooks with Irish and Irish-inspired recipes, many of which are appropriate for a Saint Patrick’s Day menu. One example is Holiday Cook Book: Special Foods for all Special Occasions by Better Homes and Gardens, which features Saint Patrick's Day favorites including corned beef, cabbage, and potatoes.

Today, Saint Patrick’s Day is one of the most celebrated holidays in the world, with celebrations in such countries as Brazil, Argentina, Australia, New Zealand, Canada, and the United States.