Some Peek in the Stacks blog posts are authored by CSUN students who work in Special Collections and Archives. This week's post was written by Danielle Medina, a student assistant in the International Guitar Research Archives (IGRA). Danielle is a sophomore majoring in Communications.

Sex and gender play important roles in our culture and daily lives. Sex is a biological difference based on the primary sex characteristics which include the traits essential for reproduction. Gender is the socially-created and learned distinction that specifies the physical, behavioral, mental, and emotional traits believed to be characteristic of males and females. The Vern and Bonnie Bullough Collection on Sex and Gender offers a wide range of research materials on these topics. 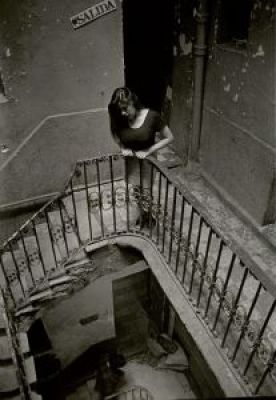 In the book The Gender Frontier, author Mariette Pathy Allen documents the lives of transgender people through the art of photography, poems, and storytelling. In conducting her research, Allen formed relationships with each individual in her book, gaining their trust so that they would feel open enough to express themselves freely. As the book demonstrates, ideas of gender and sex have a great impact on how individual lives manifest in mainstream culture. For instance, Amanda Milan, a member of the LGBTQ community, was horrifically murdered in a bus terminal in June 2000, while bystanders watched and even cheered. Amanda's story brought much needed attention to the violence often perpetrated against members of the trans community.

Across the globe, people in the LGBTQ community are targeted just for being themselves. Even in these modern times, men and boys are often ridiculed if they appear too sensitive. If women are successful within the workforce they are accused of being too aggressive, or worse, not taken seriously. Many people reject the traditional binary gender roles and have instead opted to identify as gender-gifted, gender-fluid, or queer, as an indication they do not accept the boundaries of traditional gender roles. Some of the images used below are from Flesh Life, a book that displays the lives of individuals from the LGBTQ and sex worker communities in Mexico through photographs. Photographer Joseph Rodriguez demonstrates the emotion of the culture, and how gender plays a role through the streets of Mexico City.

In Girls and Sex we learn that people's gender manifestations are greatly influenced by the community in which they live. Adolescents are often restrained from expressing their sexual and gender identities. They may struggle with questions and uncertainty about their roles in society, in relationships, and with themselves. Indeed, many young people may feel that they are not able to express themselves openly.