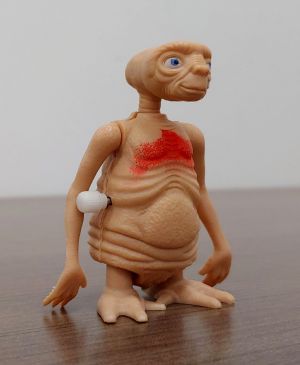 The year was 1983. Ronald Reagan was president of the United States. The federal minimum wage was $3.35. George Lucas introduced the world to Wicket W. Warrick in Return of the Jedi. The world welcomed the birth of the computer mouse, and lamented the end of M.A.S.H, a television series that lasted 3-1/2 times longer that the war that was its backdrop.

All the while Cal State Northridge planned myriad events to celebrate its 25thAnninversary. A multi-page calendar for the months of October and November of that year lists events ranging from a 5k run to the Homecoming football game vs. the University of Santa Clara, which CSUN won 24-22 on a 28-yard field goal; from small and seemingly insignificant memorabilia sales managed by the Matador book store to the grandiose, such as the dedication of the Sierra Tower Clock.

In the midst of these festivities, the Anniversary Planning Committee organized the creation and interment of a time capsule, the purpose of which was to communicate the banalities of everyday life to those of the future. The committee solicited funds as well as items to include in the capsule; what should they include? What did they want CSUN of 2008 to know?

The time capsule was opened by campus president Jolene Koester on August 20, 2008 with archivist Robert G. Marshall standing by, tools of the trade at the ready, should a preservation intervention be necessary. The tiniest bit of moisture in the time capsule could mean a bucket full of mush. What about … bugs? Could there have been some kind of infestation in the time capsule? Could have been, but there wasn’t. The reveal went off without a hitch. The items in the capsule were pristine.

A TV Guide? What does that tell us about 1983? Sears Catalog? An anthropologists or cultural historian’s dream! What people wanted, what clothes they wore, what toys they played with, entertainment news, and advertising. Not just what people spent their money on but how they were enticed to spend it. Did advertisers appeal to emotions, patriotism, or just plain consumerism?

After uncovering the 25th anniversary time capsule the 50th Anniversary celebrations also ended with a time capsule, according to the Daily News that is, so check back in April 2034 to see what the people of 2008 wanted the future to know about them, and check out the CSUN Anniversaries Collection!