Cowboys in the Archives

As Mora writes, “The American vaquero or cowboy 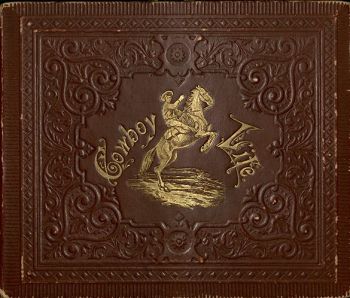 – call him what you will – first rode his pony into Alta California and what was later to be our own United States on May 14, 1769.” Cattle and sheep ranching were first established in the Southern California area by missionaries in the late eighteenth to early nineteenth centuries. Spanish missionaries brought with them the Vaquero tradition, which they taught to the Native Americans that tended mission owned livestock. In the years following Mexico’s independence from Spain, the missions were secularized and land grants distributed to wealthy individuals and families known as Californios. The Californios operated vast Ranchos spread out for miles across Southern California and depended upon vaqueros to manage their herds.

The legend of the American cowboy was not only shaped by the Vaquero tradition, but by a host of other pioneers who sought to make a new life in the west. In January 1837, former Midwesterners Philip Leggett Edwards and Ewing Young would set out from Yerba Buena (now San Francisco) on what came to be known as The Great California Cattle Drive to Oregon, a ten month journey chronicled by Edwards, and published in 1932. Following the Civil War, many men headed west for greater opportunities to work and pursue an adventurous life. While some were veterans, others were former slaves or immigrants looking to establish themselves, and many sought work as cowboys. 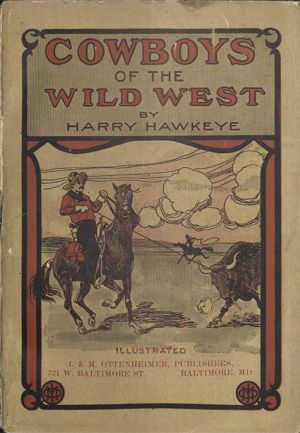 Other first-hand accounts, such as Ten Years a Cowboy, describe the "story, romance, and adventures of a life on the plains with the varied experiences as cowboy, stock owner, [and] rancher.” In reality, cowboy life was not glamorous at all, but full of back-breaking work, little sleep, poor wages, and scarce time for entertainments. The daily challenges of herding and driving through blazing heat and freezing cold, the exhausting process of cutting-out and branding, and the sheer monotony of sitting in a saddle for twelve to eighteen hours a day, made for a difficult vocation.

From the late 1870s through to the 1890s, the cattle ranching industry in the west underwent a series of calamities, most significantly extreme weather conditions, disease, and insect infestations, that depleted herds and grazing lands and ultimately decreased job opportunities for working cowboys. Yet, in other parts of the United States, writers and entertainers were just beginning to create and foster what would become the myth of the American cowboy. Dime novels, such as Cowboys of the Wild West, turned the hard working, everyday cowboy into a mythical folk hero, and symbol of the American west. On the stage, the cowboy was larger than life in plays like The Honor of a Cowboy and An Arizona Cowboy. Cowboy music, once sung on the open range and around the campfire, was collected and published for the enjoyment of mainstream audiences.

Throughout the twentieth and twenty-first centuries, the American cowboy has been mythologized through television, film, literature, music, and art. In the 1980s, cowboy poetry began to gain tremendous interest. Since 1985, The National Cowboy Poetry Gathering has been held in Elko, Nevada, drawing thousands of people to share in a month long festival of cowboy culture. While the actual work of the American cowboy has dramatically changed over the years, the legends and myths of this folk hero continue to fascinate and entertain.