Some Peek in the Stacks blog posts are authored by CSUN students who work in Special Collections and Archives. This week's post was written by Sam Ceja, a student assistant in the Urban Archives. Sam is a junior majoring in History.

In honor of Black History Month, this week’s blog post highlights a few African Americans who have contributed to the development and culture of Los Angeles. These figures have roots embedded deep in the history of Los Angeles, some well before California was even part of the United States. Special Collections and Archives holds many interesting items that capture their history. 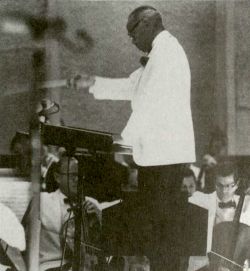 During the time of Spanish colonization of California, it is believed that Los Angeles was originally named El Pueblo de Nuestra Senora la Reina de los Angeles de Porciuncula. Two-thirds of the pobladores (settlers) who founded The City of Angels in 1781 were known to have had African ancestry. In The Black Music History of Los Angeles-Its Roots: A Classical Pictorial History of Black Music in Los Angeles from 1920-1970 the names of the eleven families are listed, totally 44 individuals. These settlers were composed of two Spaniards, nine Indians, one mestizo, eight mulattos, and two blacks.

Charles Dwight Willard’s The Herald’s History of Los Angeles City examines the life of Pio de Jesus Pico, Mexico’s last governor of California, who was of Spanish, African, and Native American descent. Pico became one of richest men in California and in 1850 purchased 8,894 acres of land that is now half of present day Whittier. This is documented in Abstract of Title of that Certain Real Property in the Rancho Paso de Bartolo Viejo. In 1868, Pico built Casa De Pico (Pico House), a lavish 33-room hotel, which still stands adjacent to Olvera Street in downtown Los Angeles. 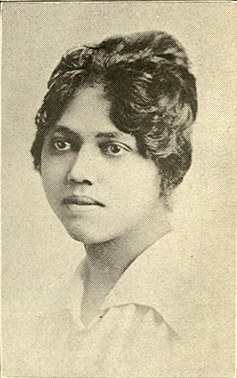 Dr. Ruth J. Temple was another significant figure in shaping Los Angeles, specifically in the medical field. In The Negro Trail Blazers of California, author Delilah L. Beasley recounts the accomplishments of Dr. Temple’s career as the first African-American woman to graduate from Loma Linda University and become a practicing physician in the state of California. Dr. Temple primarily practiced in underserved communities in the 1930s in order to promote the importance of good health and methods of maintaining it. Dr. Temple transformed healthcare awareness by educating the public through lectures, exhibits, health demonstrations, and workshops.

Author Bette Yarbrough Cox describes the Harlem Renaissance in Central Avenue-Its Rise and Fall, (1890-:1955): Including the Musical Renaissance of Black Los Angeles as a movement that arose from a predominately African-American community that looked towards music as an answer to racism. During In the 1920s through 1930s, an influx of African-American musicians migrated to Los Angeles, including Mississippi born, William Grant Still. Still, a composer and conductor of classical music, was world-renowned for his symphonies that earned him the title “Dean of Afro-American Music.” Other materials that focus on the life and career of William Grant Still are the book, William Grant Still and the Fusion of Cultures in American Music, and two sound recordings, Music by Black Composers and Afro-American Symphony: Two Arias from Highway 1, U.S.A. Still became the first African American to conduct a noted American orchestra when he led the Los Angeles Philharmonic at the Hollywood Bowl in 1936.