In the history of the United States, religious freedoms guaranteed by the First Amendment have frequently come under fire. In the 1920s, the rise of the Ku Klux Klan in concert with restrictive immigration legislation, educational prohibitions, and economic scapegoating, resulted in growing anti-Semitism against Jews. By the early 1930s, a worldwide economic depression was in full swing, and in combination with the rise of German Nazism, Jews experienced increasing prejudice in the United States. 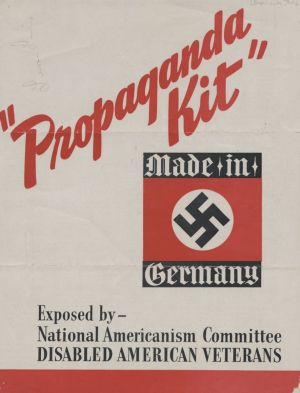 The committee, made up of about forty representatives, adopted the strategy set forth by the Anti-Defamation League for combating "un-Americanism," namely to infiltrate and expose pro-Nazi and anti-Semitic organizations and turn the information over to federal government agencies. The CRC met on a biweekly basis to set policy and report on right wing activities in Los Angeles. Undercover agents and informants were recruited from the American Legion and Disabled American Veterans, and planted among suspect groups in the Los Angeles area. The Committee collected a massive amount of propaganda, primarily from anti-Semitic, pro-Nazi, and other right wing organizations. The Americanism Committee of the Los Angeles County Council of the American Legion presented information gathered by the CRC to the House Un-American Activities showing the connections between local groups including the German-American Bund, Friends of the New Germany, and the German government in Europe.

With the United States' entry into World War II, the committee's 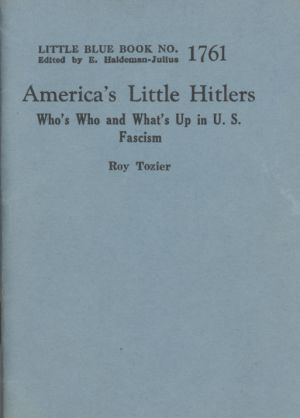 Some of the most important issues the CRC addressed in the post-World War II period included resettlement of refugees from Eastern Europe on the West Coast, de-nazification in Germany, immigration legislation, religion in public schools, communism, civil liberties, discrimination in housing, fair employment practices, inter-racial relations, stereotyping in the motion picture industry and religious tolerance.