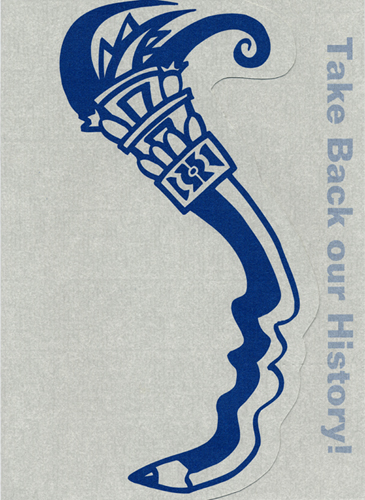 In honor of Hispanic Heritage Month, this week's blog post will highlight collections of importance in the study of Latino and Hispanic communities in Los Angeles and across the United States in Special Collections and Archives. They document a host of significant events, individuals, social movements, and more.

Pete Beltran was interviewed as part of the Latino Cultural Heritage Oral History Project Collection in 1995. Beltran was a worker and union representative at General Motors and other businesses from the mid-1950s through the 1970s, and saw Dr. Martin Luther King and Cesar Chavez give speeches at the 1966 Bargaining convention in Long Beach. In the interview, he describes his workdays, which were long, the pills workers would take to work harder and faster, and also the negligence this would cause on the line. He prefaces his union work with family stories. A couple of stories he tells are about family living in Mexico, including one about his mother encountering Pancho Villa in the early 1900s. Others are about the family arriving in Texas, moving to the San Fernando Valley, and taking advanced Spanish courses in high school where he was the only student enrolled.

The Don White Committee in Solidarity with the People of El Salvador (CISPES) Collection documents the work of an activist organization in the US on behalf of citizens and refugees from El Salvador. The collection particularly documents Don White’s association with the activities of a group called CISPES, as well as other activist organizations working in the 1980s and 1990s. In an update by the Network in Solidarity with the People of Guatemala (NISGUA), Rigoberta Menchu is mentioned as someone in need of support from the group. Here, NISGUA tells the group that a few members from Representation of the United Guatemalan Opposition (RUOG) would soon arrive in Guatemala. The then-president of Guatemala, Vinicio Cerezo, required that they apply for amnesty. Members of NISGUA felt they shoud not need to do so since they did not constitute an armed force. The next NISGUA update was released Wednesday, April 20, 1988, and states that two of the RUOG members, Rigoberta Menchú and Rolando Castillo, were arrested and in an unknown location for 6 hours. They were eventually released, but the group still did not know where they had been held. Menchú is well known for her activism for social justice of the indigenous population of Guatemala.

The Rodolfo F. Acuña Collection contains materials that document Acuña’s myriad research interests. In the Acuña collection, there are a few instances of historical importance in the history of the development of the Hispanic/Latino heritage. Many issues covered by materials in the collection continue to be relevant to current events, especially around topics like immigration and migration. Also included in the collection is a pamphlet from an exhibition at the Arizona Historical Socity titled Mexican Heritage Project: Del Ranchito al Barrio. It includes backstories about the people of Tucson who shifted from rural to urban environments over several decades, and drew connections between the past and present.

In the same collection, there are numerous newspaper publications. One issue includes the story of a couple whose car was seized at the US-Mexican border because the "maid, who was traveling with them, presented what officials say were fraudulent work documents." Though it was the owner’s worker whose status was in question, the owners of the vehicle were left at the border without a car because she was in it. Another set of articles are focused on street vendors. In the early 1990s there was a proposal to ban Street vendors in Los Angeles to which many had strong reactions. A Daily News article titled "Faces in the Street" presented many opinions on both sides, including a business owner that stated that he was losing money because street vendors were in front of his business taking customers away from the shop. He said he, too, had worked hard to build his business, especially because he was himself an immigrant who had worked hard to get his U.S. Citizenship. On the opposing side, the author questioned, "Why are we keeping the poorest of the poor out of the race for the dollar?" In the end, the city council decided in favor of Street Vendors, allowing them to sell goods in certain districts around Los Angeles.