The Susan B. Nelson Collection 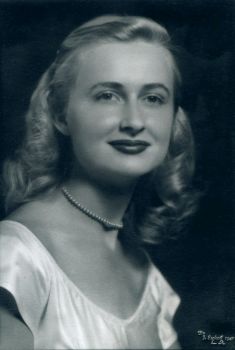 Nelson was born Susan Louise Barr in Syracuse, New York in 1927. The family moved to California in 1930, first settling in a bungalow in Hollywood before moving to the Carthay District Center. In 1944, Susan graduated from Alexander Hamilton High School in Los Angeles, and the following Fall enrolled at the University of California, Los Angeles where she earned a bachelor’s degree in Political Science in 1948. That same year she married Earl Calvin Nelson Jr., a graduate of the University of Southern California. Nelson returned to UCLA to earn a Master of Public Administration in 1969.

Nelson also served as a member and advisor to several environmental groups, including the Save Malibu Canyon, Temescal Canyon, and Point Mugu Citizen’s Advisory Committees, and the National Park and Conservation Association, where she worked to secure Topanga, Point Mugu, and Malibu Creek State Parks as recreational areas. Nelson also lent her organizing talents to the preservation of California’s beaches by opposing offshore drilling, advocating for marine sanctuaries, and a variety of city planning and social projects. 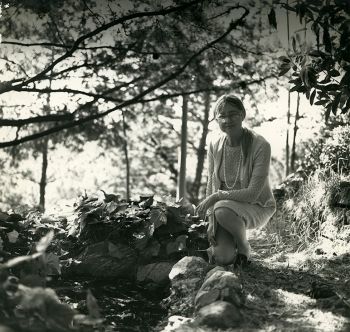 During the 1970s, Nelson organized a number of environmental groups and homeowner’s associations to oppose the development of the Malibu Canyon Freeway, Pacific Coast Freeway, Mulholland Highway, and the Reseda Boulevard Extension. She also worked with the art community of the Renaissance Faire to stop the Paramount Ranch Development in Agoura, aided in the development of numerous community plans, and developed housing and open space elements for a number of Southern California communities.

In the 1980s, Nelson focused her attention on the City of Los Angeles' General Plan, proposing alternatives and working with the Federation of Hillside and Canyon Associates to file a lawsuit against the city over zoning issues. She organized the "Save Hollywood Our Town" campaign in opposition to the city’s plan to revitalize Hollywood, and opposed numerous plans for urban development in the Santa Monica Mountains and Los Angeles Basin. A member of the bioregional movement and advocate of the Green Party, Nelson was a proponent of recycling programs and safeguarding the public and environment from hazardous pollutants, which led to the 1987 defeat of the LANCER Project which proposed the construction of a trash incineration facility in South Central Los Angeles. Nelson also worked to address a number of social issues including the desegregation of public schools and the advancement of women.

During a career that spanned four decades, Nelson played an integral role in the preservation of open space and parklands in the Southern California area. Her work to establish the Santa Monica Mountains National Recreation Area earned her the moniker "Mother of the Santa Monica Mountains," recognizing her contributions which helped to shape Southern California’s landscape. Nelson continued to devote her life to environmental and social causes until her passing in 2003.