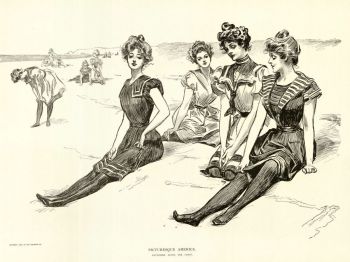 Pin-ups can be fun and entertaining, and many people enjoy flipping through a picture book filled with pin-ups, whether they are photographs like the iconic WWII pin-up of American actress Betty Grable or the hand drawn pin-ups of Earle Bergey. Pin-ups have been studied by feminist scholars, art historians, cultural historians, an occasional military historian, and pin-ups occupy several distinct spaces in history. Art historian, Maria-Elena Buszek, discusses the emergence of the pin-up "style" as an extension of advertising the 19th century burlesque performer. Using the carte-de-viste, these performers not only advertised their shows but also created their own public images that then became part of popular culture via mass reproduction, distribution, and consumption. An early feminist tendency can be seen in this narration.

Similarly, you can trace the style into the 20th century with images by Charles Dana Gibson and his idealized American girl (Gibson Girls). These images are often studied as an American ideal or in comparison to the Flapper of the 1920s, the "true woman" vs. the new woman. We see the style again in the Sci-Fi covers of the 1930s-1950s and advertisements for companies like Coca-Cola, General Electric, and RCA in such publications as The Saturday Evening Post and Esquire.

The term, "pin-up" came into use during World War II. Betty Grable 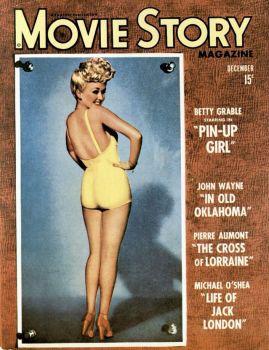 pin-up became the most requested of the War and all kinds of pin-ups graced the inside of untold thousands, tens of thousands, of soldiers’ lockers and helmets. During the War, the pin-up also became iconic nose art on predominantly American bombers.

Perhaps the most well-known pin-up in America is Betty Page. Her modeling career began modestly in 1950, she become well-known as early as 1952, and was Playboy’s playmate of the month in January 1955. She was alternately known as "The Queen of Bondage," "Miss Pin-up Girl of the World," "The Queen of Curves," and "The Dark Angel." She retired from modeling in 1957. Betty’s popularity began to surge in the late 1970s and 80s, this resurgence included fanzine The Betty Pages as well as publications from Eros Comics and Dark Horse Comics. Her popularity remains today, eight years after her death. This popularity continues to fuel the modern take on the classic pin-up.