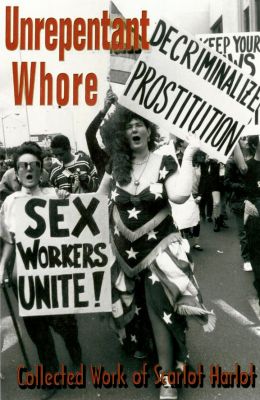 The scholarly study of prostitution began to flourish in the mid-1980s sparked by public health concerns over sexually transmitted diseases, the need for legislative protections against sexualized violence and sex trafficking, and a growing awareness of relationships between sex work, substance abuse, and mental health. The regulation of prostitution in the United States is not among the enumerated powers of the federal government, but rather ceded to the control of individual states under the Tenth Amendment to the US Constitution. In 1803, with the Louisiana Purchase roughly doubling the land area of the United States, sex work became a robust enterprise. In early nineteenth century New York City, Corlears Hook was the site of the first tenements to be built in the city. As it became more densely populated and residents suffered from increasing economic hardship, the community became known for its many brothels and street walkers. The American idiomatic expression "hooker" is believed to have originated from this area. Across the United States, many cities and towns had red light districts where prostitution was tolerated, if not accepted as a legitimate business undertaking. In 1872, California enacted Penal Code 647 which was criminal law that covered prostitution, loitering, begging, public intoxication, drug use, and a host of other "moral" crimes. During the Progressive Era, concerns about health, safety, and social morality, as well as dominant cultural ideals of womanhood combined to create a sense of panic over what was termed "White slavery," the practice of organized coercion of unwilling persons into prostitution. In 1910, the federal government responded by enacting the White-Slave Traffic Act of 1910, also known as the Mann Act, which made interstate or foreign commerce transport of any female for prostitution a felony. In 1961, California repealed Penal Code 647 and implementated Penal Code 647(b), which made it a misdemeanor to solicit, agree to perform, or actually perform an act of prostitution. Currently, Nevada is the only U.S. state in which prostitution can be legal in counties that wish it to be. Currently, eight out of Nevada's sixteen counties have active brothels. Prostitution outside these brothels is illegal throughout the state.

To start your research in this subject area, the Bonnie Bullough Memorial Collection on Prostitution is recommended. Dr. Bonnie Bullough was a sexologist, author, educator, and registered nurse. Her collection includes 278 books and other items about prostitution.  The Bonnie Bullough archival collection consists primarily of information and research materials regarding prostitution and its effects on women, in particular. The Reverend Wendell L. Miller Collection documents Los Angeles's Citizens Independent Vice Investigating Committee (C.I.V.I.C.), founded in the late 1930s to prevent the spread of gambling and prostitution in Los Angeles. Finally, the Vern and Bonnie Bullough Collection on Sex and Gender is also a great resource. Established by former CSUN faculty member Vern Bullough, its purpose is to document social attitudes and studies of sex and gender from ancient times to the present, in support of CSUN curricula and research. The collection is maintained for research and educational purposes covering such topics as cross-dressing, gender roles in various time periods, the homosexual community in Los Angeles, prostitution, the transgendered community, children and gender, nudism, gender and medicine, fetishism, and pornography.