American Imperialism in the Philippines 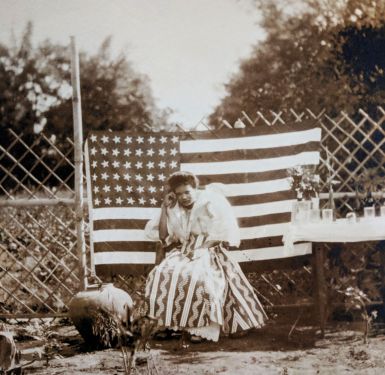 Spain established its first permanent settlement in the Philippines in 1565. Spanish colonial control of the Philippines continued until 1898, when the United States took possession of the islands as a territory after winning the Spanish-American War. The Philippine Revolution, a struggle for independence from Spanish colonial rule, had been ongoing since 1896, and news that the US would replace Spain as colonial overlord was unwelcome to many Filipinos. The First Philippine Republic declared independence and established a constitutional government in 1899, which American military officials viewed as an act of insurrection. Later that year, the Philippine-American War broke out as the Republic declared war on the United States. By 1902, when the U.S. Congress passed legislation creating the Philippine Assembly, hundreds of thousands of Filipinos had been killed or died of famine or disease as a result of the brutal war.

While a series of U.S. federal laws gradually increased the amount of legislative authority Filipinos had in their own country, the Philippines was initially administered by an American Governor General and appointed American members of the Philippine Commission as the U.S. military continued to pacify indigenous populations throughout the islands. Though Japan took control of the Philippines during World War II, it returned to U.S. control after the war. In 1946, the U.S. and the Philippines signed the Treaty of Manila, whereupon the United States recognized the independence and sovereignty of the Republic of the Philippines. The Treaty contained a provision that allowed the U.S. to retain existing military bases and assets, which the U.S. continues to actively use.

The Donald Hiram Stilwell Photograph Collection and the Fred M. Greguras Papers contain materials related to the United States' colonization and military presence in the Philippines. These materials primarily document the first half of the 20th century, and provide perspectives on American imperialism and expansionism as experienced by U.S. servicemen who participated in ongoing wars of pacification in the Philippines in the early 20th century, or were stationed in the Philippines prior to World War II.

The Donald Hiram Stilwell Photograph Collection, available in our Digital Collections as part of World War I Narratives, is comprised of photographs and postcards acquired by Stilwell during his naval service in the Philippines, Japan, and China from 1908-1912, and during World War I in France and aboard the USS Sigourney in the Atlantic. The images in the collection from his service in Asia depict a U.S. military perspective on both local life and the American military experience in the Philippines in the 1910s. Many of the postcards Stilwell collected in the Philippines offer glimpses of Filipino life, but do not include the names of those pictured. Indeed, the images often position Filipinos as "others" in contrast with dominant American cultural norms of the time.

The Fred M. Greguras Papers primarily document the experiences of U.S. Marines in China, including the 4th Marine Regiment. The 4th Marines were stationed in China from 1927 until their departure to the Philippines in November 1941, on the eve of World War II. They fought invading Japanese forces in the Philippines, ultimately surrendering at Corregidor Island in May 1942. American soldiers who survived their time as prisoners of war were liberated when the conflict ended in 1945. The Greguras Papers also contain a selection of earlier materials documenting the American military in the Philippines during the Spanish-American and Philippine-American wars and the decades following, including earlier images of Corregidor.